What is the official currency in North Cyprus?

The official currency in North Cyprus is the Turkish Lira (TL), which is made up of 100 new Kurus (pronounced “Krush”). The pound sterling and euro are generally strong against the Turkish Lira (TL), which is why holidays and the cost of living are all generally affordable for visitors to North Cyprus.   Turkish Lira Banknotes are in denominations of TL1 (rare), 5, 10, 20, 50, 100 and 200 liras. The lira is divided into Kurus coins in denominations of Kr 1 (rare), 5, 10, 25 and 50.

Should I bring Turkish Lira with me to North Cyprus?

All shops and restaurants in North Cyprus accept pounds sterling and euros (notes, not coins).   They will give you change in Lira., so you will soon gather some local currency!  Most also accept cards, so there is no need to arrange to bring Turkish Lira with you in advance.

You will get a much better exchange rate for your British Pound or Euro when you arrive in North Cyprus than in the UK.  If you are arriving at Ercan Airport check in advance with the taxi whether they will take pounds/euros; if not you will need up to £50 in Lira for your taxi.  If you are arriving at Larnaca or Paphos airports, however, you will need some euros for the airport as no other currency is accepted there.

Is it easy to exchange currency in North Cyprus?

Once you’ve arrived in North Cyprus, you can easily exchange your British pounds, Euros, Dollars or other major currency at a local exchange bureau or bank in major towns such as Kyrenia (Girne), Nicosia (Lefkosa) or Famagusta.  There are also exchange bureaux at or near the various border crossing points.

Exchange rates can change day to day and from bureau to bureau, so it’s worth shopping around and not changing all of your funds on the first day.   You may need to show your passport / ID when exchanging your currency.

Where must I pay with Turkish Lira?

As mentioned, most shops and restaurants accept British pounds sterling, dollars and euros.  However, if you are visiting an official site (such as a government-run historic site or museum) you must pay in local TL currency. If you venture out of the major tourist areas the smaller villages and towns may prefer Lira too.

Why is most property priced in pounds sterling in North Cyprus?

Although the Turkish Lira (TL) is the official currency, the value of the Lira tends to fluctuate.  To avoid property price fluctuations and since Cyprus is a former British colony, the pound sterling has become the de facto stable international currency.  Therefore, North Cyprus property is priced in pounds sterling to avoid the currency fluctuations of the Turkish Lira (TL).

If Turkish Lira is the official currency of North Cyprus, does that mean North Cyprus is part of Turkey?

Can I use ATMS and Credit Cards?

Most larger shops and town restaurants accept overseas debit/credit cards, with most using the familiar chip and pin system for payment.   Cards may sometimes need to be swiped.

Check with your bank at home before travelling about the rates you will be charged in order to use your debit/credit card for payments and in one of the many ATMs to withdraw cash.  Make sure you know all of your pin numbers.

What is the currency in South Cyprus?

North Cyprus International can help you plan your trip

If you are travelling to North Cyprus to view a property, North Cyprus International (NCI) can offer telephone travel advice from both our UK and North Cyprus offices to help you prepare for your visit.  We offer courtesy airport transfers from Ercan and Larnaca Airports as well as a hotel booking service and hotel refunds for property purchasers.  Call us in the UK on +44 207 112 8086 or in Cyprus on +90 548 861 0600. 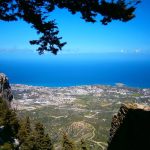 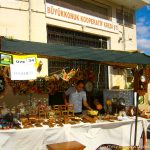