What are North Cyprus Festivals and when do they occur?

North Cyprus Festivals run throughout the year from February until October, all over the island. The word “festival” is used very widely in North Cyprus and covers a huge variety from high-brow musical events in Bellapais Abbey through to weekend street festivals celebrating local crafts, culture and produce. There are also events which feel more like funfairs and are great for families, such as the Guzelyurt Orange Festival which goes on well into the night.

What dates are the North Cyprus festivals?

The exact dates of the North Cyprus festivals will be advertised locally near to the time of the festival. You can find the month dates in the lists below. If you are in North Cyprus, check with the local Tourist Offices. You can also check the events page of the Cyprus Weekly newspaper, either in print or online. Also check online as many events have their own web pages, especially the larger festivals. There are often banners lining the main roads near to the festivals giving good advance notice of the events.

The festivals which take places in the villages are generally free to attend. The more high-brow festivals such as the Theatre or Music Festivals in Bellapais or Famagusta include ticketed events and will be well-advertised online prior to the events.

When and where are the North Cyprus Food and Harvest Festivals?

The main agricultural region of North Cyprus is the less visited, green West Coast area. This is well worth a visit for the various produce festivals as well as to visit the interesting historic sites of Vuni Palace and Soli Amphitheatre and Basilica. There are also some good beaches and local fish restaurants. Many of the festivals link in with the important local harvests and take place in the villages most known for this produce.   There are also produce festivals on the Karpaz Peninsula, the Kyrenia area and other locations throughout the year.

More recently, there has been an interest in the area of “ecotourism” and certain villages, most notably the village of Buyyukkonuk in the Karpaz Peninsula, have embraced their status as “Eco-villages” with bi-annual “Eco-Days” in May and October in which the traditional arts, crafts, music and dancing of North Cyprus are prominent.

During these lovely festivals, the streets are lined with stalls of all kind selling everything from local crafts, to gorgeously tempting locally produced foodstuffs. There are seating areas and a comprehensive concert programme featuring traditional Cypriot music and dance.

Whichever type of festival you attend – you are sure to be able to sample local food and delicacies.

Yesilirmak is right on the border with south Cyprus on the West Coast, a little further than the main county town of Guzelyurt. Even though this is a bit of a drive for those staying near Kyrenia, it’s well worth it.  See fields of beautiful strawberries and pick your own in this rich agricultural region of North Cyprus. Enjoy dance and musical performances from local people and enjoy the many food and craft stalls. There is a lovely swimming bay nearby and fish restaurants in the bay. Usually held at the very end of April or early May.

Launched in 2010 this is a two-day weekend festival where villagers show off their best “Ceviz Macunu” which are delicious sweet walnuts in jars (walnut sweets). This is held in in Lefke town centre. The festival generally includes concerts, folk dancing, exhibitions and guided tours.

The historic village of Lefke is located near Guzelyurt and is a place rich in North Cyprus tradition. –  nestled between the coastline and the mountains surrounded by citrus groves. There are some interesting examples of Ottoman architecture to be seen here. In medieval times it was a prosperous mining town due to the presence of copper and gold ore in the mountains.  In fact, the word “Lefke” originates from the Turkish word for Copper.

This was established in 2008 and usually takes the form of 5 days or so of evening events in the lovely village square in the hillside village of Esentepe, to co-incide with the local Apricot harvest. The village boasts fabulous mountain and sea views and some very good local tavernas and cafes.

This is a large two-week-long event held mainly in the evenings in a special “Orange Park” on the edge of Guzelyurt and timed to coincide of course with the summer orange harvest. It is also celebrated in Guzelyurt town itself with special evenings opening of shops, music, food stalls and community events. On the showground are dance festivals, pop concerts, sports events and much more for adults and children. It is a very busy event and there are fairground rides, food, and live music.  You can find out about it on the Guzelyurt Belediyesi website.

The Mehmetcik Grape festival is one of the oldest in North Cyprus and has been going for over 50 years. The surrounding vineyards of Mehmetçik (Galateia) are the inspiration for this local festival which is the Karpaz’ big annual event. Folk dancing, plenty of grape-related food products, wine and music take over the village for one week in August.

Hellim, known as halloumi in South Cyprus, is a part of the Cypriot culture and traditionally made from local goat and sheep’s milk. It is protected, and can only be produced in Cyprus. This festival celebrates the importance of the cheese in the Cypriot economy. In addition to demonstrating hellim production in the festival programme, there are many fun activities. The event starts on the evening of the first night and continues all day for the remainder over several days.  This is organised by the local Belediye (council).

This is centred around the traditional village of Tatlisu, overlooking the Mediterranean and at the gateway to the Karpaz. Surrounded by carob groves, this festival celebrates what was historically the most important export of the whole of Cyprus.

This began in 2001 and has now grown into a festival which celebrates a lot more than the local olive –  offering an international flavour with artists from all over Europe and Russia joining with local musicians and dancers. The village of Zeytinlik itself is the focal point with craft and drama workshops, stalls, exhibitions, and seminars, but the activities spread out into Kyrenia itself, making it a wide-ranging street festival. Starting in the first week of October, the Festival offers a programme to suit all ages and tastes.

This was started in 2010 and is similar to the Lefke Walnut festival, but this time celebrating the bountiful date harvest which takes place on the west coast near to Lefke. See, taste and purchase fresh dates as well as admiring the local crafts and food stalls in the heart of this historic village.

The festival season each year is typically opened with the Orchid Festival taking place in Lapta, which involves guided walks in the beautiful mountain-skirts to examine the rare wild orchids.

Launched in 2005, this is a two-day weekend celebration of the native Cyprus Tulip usually held on the 3rd weekend in March each year. The weekend starts with a parade, opening speeches and folklore performances by local children. There will are generally music performances and tulip walks. Tulipa Cypria is an endemic endangered wild species found in only a few locations in North Cyprus; the Karpaz region (east of North Cyprus) and the village of Tepebasi in Guzelyurt (west of North Cyprus).

The village celebrates the Pulya, a songbird. Throughout the festival, there are various concerts, cultural and arts events. Bogaz is a charming harbour village on the East Coast with a working fishing harbour and is worth a visit. The Festival has its own Facebook page.

The historical village of Bellapais, close to Kyrenia and with the historic Abbey at its heart, has become one of the important cultural centres of North Cyprus. The hall within the Abbey is perfectly preserved and forms the venue for the annual classical music festivals which feature world-class musicians from all over the world within various genres (opera, orchestra, soloist, choral). The Bellapais Music Festival has its own website. The first festival is usually in May and June each year. Tickets can be purchased in advance online or from the Abbey office.

There is also a Bellapais Silk Cocoon Festival which coincides with the music festival and celebrates the local production of silk – an important product for North Cyprus crafts.

This festival began in 1987 and now promotes a huge array of musical and cultural events and concerts including classical, jazz, world music, ethnic and pop music. It is seen as one of the best festivals of its kind in the world and attracts many tourists to the concerts.

This is a 3-4 day event with evening concerts and events in the heart of Lapta, which is one of the main tourist areas of North Cyprus.

The Iskele Folk Dance Festival usually begins at the end of June and lasts for about a week. It features evening dance performances, many of which are from the Iskele Folk Dance Group which has over 300 members and aims to preserve the important folklore and dance traditions of North Cyprus. North Cyprus dance is closely related to the Zeybek dances of Turkey.

August – Folk Dance Festivals in both Gonyeli (Nicosia) and Alsancak (West of Kyrenia).  Contact the Tourist Office for details.

This event is held in Central Kyrenia. There are many traditional activities and concerts held during this period. Contact the local Kyrenia Tourist Office for details each year.

This features plays at various venues from the leading North Cyprus theatre groups and many from mainland Turkey – this is mainly in Turkish.

Combine a Property Viewing Trip with these festivals

North Cyprus International (NCI) can help you arrange your property viewing visit to coincide with the festival of your choice if you wish. We can also give advice on travel, the best accommodation to suit your visit needs and car hire. You can contact us in the UK or Cyprus on +44 207 112 8086 or +90 548 861 0600 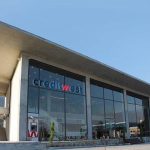 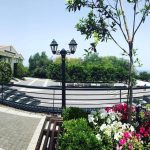