The North part of Cyprus is officially The Turkish Republic of Northern Cyprus (TRNC). North Cyprus investment opportunity shares the popularity of Turkey as a vacation and investment zone.

The north has not been affected by the global financial crisis, where property prices have been stable and now rising by over 10% p.a. in key investment zones. This is because they were built with private capital rather than with bank loans. There has been steady growth, whereas there has been an average 40% fall in the values in the Greek Cypriot South. Many developers offer low deposit easy payment terms, even though there are no bank mortgages for foreign individuals.

Both sides of Cyprus were part of a British colony (until 1960) with Greek and Turkish Cypriots living side by side under British rule (hence English is still an official language on both sides). Unfortunately, in the 50s and 60s the Greeks initiated their ENOSIS campaign against the Turkish Cypriot minority (around 28%) and the result was eventually the division of the island into the Greek South and the Turkish North. Sadly there is still huge misinformation from the South of Cyprus about what is really happening in the North.

North Cyprus receives investment from both Turkey AND the EU. Turkey has, since 1974, been a key funder of the TRNC, however, it is important to know that the European Union (through its European Enlargement scheme) has given the TRNC 259 million over the last few years see http://ec.europa.eu/enlargement/tenders/aid-programme-tcc/index_en.htm. In addition, Turkish Cypriots are European Citizens just as Greek Cypriots are.

The reason this European money is given is that it is anticipated that there will be a bi-zonal reunification of the island soon – which will push the island of Cyprus into a far stronger political and economic situation given its already strategic importance in the Eastern Mediterranean due to the recent discovery of huge oil reserves.

This is why North Cyprus is such a good investment opportunity. One reason why many international investors are now rushing to buy property in North Cyprus is that it is highly likely there will be a huge increase in the value of property in the North following any positive referendum for the bi-zonal reunification. This referendum is likely to happen by the end of 2015. If the Greek Cypriots vote NO as they did in 2004 then it is likely that the North will gain recognition and direct flights – a win-win scenario.

Collapse of property values in the South of Cyprus

The South part of Cyprus – by contrast – whilst it has traditionally been seen as the safer investment option, has sadly seen a collapse in the value of property due to the links between the Greek Cypriot banks and the general eurozone problems. There are 200,000 properties in the south without title deeds and properties are extremely hard to resell.

* North Cyprus, is a former British colony and its citizens counted as European Citizens. It is also currently a protectorate of Turkey pending the bi-zonal reunification.

* The languages are English and Turkish

* Cars drive on the left as in the UK

* If this occurs, prices will rise dramatically, particularly in key areas and even more particularly with pre-74 title deed.

* If the referendum vote is negative from the South (as it was in 2004 with the Annan Plan) then the likelihood is a win-win scenario for the North who will then gain de facto recognition and this will also put up prices.

For further information and a personal telephone consultation, please call NCI advisers on +44 207 112 8086.

Why is North Cyprus Tourism Increase? 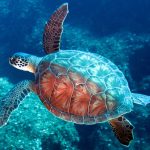 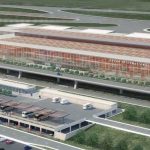