There is no doubt that many people still consider “Pre 74 Turkish Title” to be the gold standard of North Cyprus property.  However, there is some misunderstanding about Pre 74 Title Deeds North Cyprus. What exactly “Pre 74 Turkish Title” property is, and about the fact that today there is little difference legally between Pre 74 title and post-74 (TRNC) deeds.   For all new property sales, there is now only one type of title deed issued and underwritten by the TRNC ( Turkish Republic of North Cyprus ) government – called TRNC Title Deed.  So this article is to clarify, provide a brief summary of the history of title deeds generally in North Cyprus and explain what, if any, benefits exist for the future owner of new property built on former Pre 74 title land in Northern Cyprus. 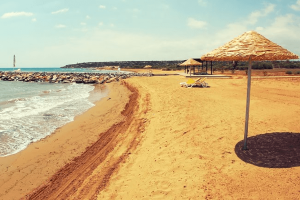 Before the island of Cyprus was divided in 1974 and the Turkish Cypriots all moved north there was a small amount of land in the northern part – the original Turkish Title land of North Cyprus.  This used to be known as Pre-74 Turkish title land and new properties built on this carried an original “Pre-74 Title Deed”.  There were also “Pre 74 British Title Deeds” which are properties bought by the early British settlers in Northern Cyprus who bought land and property before 1974.    As this type of land is the minority, it used to fetch a higher price – a situation which is increasingly less applicable in 2015 as the North Cyprus property market becomes more and more established. 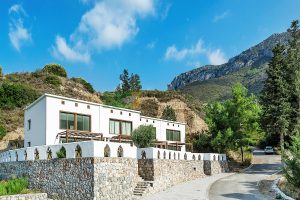 Today, most buyers of new property in North Cyprus come with an open mind and rightly care less about which former title deed the land held, and more about the quality of the actual property they are buying.  However at North Cyprus International we believe in giving people the widest possible information and choice.  So we can offer our inspection trip visitors a fabulous range of both former Pre and Post 74 land Title properties.  Our Pre-74 range can be seen HERE – the  West Coast Bay apartments and our Bafra Beachfront apartments all carry a former Pre 74 Turkish Title Deed and are extremely popular.  In addition, we can offer former Pre 74 Turkish Title villas in Bellapais and mountainside villas close to Lefkosa (Nicosia), as well as lovely Ottoman design village apartments close to Kyrenia in Ozankoy – a village which is almost entirely formerly Turkish.   We also have a fabulous Pre 74 country estate in Ozankoy with villa and enough space for a horse, small agriculture or orchards.

More about the history of Pre 74 Title Deeds 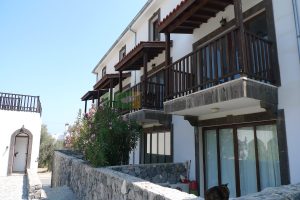 Until the 1960s – most Greek and Turkish Cypriots lived happily side by side in villages throughout Cyprus.  Some villages were purely Greek, some villages were purely Turkish and some were mixed – with mixed villages having both Mosque and Church and many friendships existing between both groups.   This situation had existed for over 500 years.  Both Greeks and Turkish owned property and hence there were title deeds from before 1974 (pre 74) which were Greek and Turkish.    When, as a result of the Greek Cypriots attempting to unify the island of Cyprus with Greece, both cultural groups coalesced on opposite sides of the border, there was a loss of land and property on both sides.  Uprooted families had to live somewhere, obviously, and so slowly over the years the Greek Cypriots allocated former Turkish homes and land to their own “refugees”, as did the Turkish government in the North.    There is a lot of new building on this type of land on both sides, including many hotels and even Larnaca Airport on what was previously Turkish Title Deed property in the South of Cyprus.   Generally, life has moved on to everyone’s benefit.

It is a lot easier to say where it is NOT located!  Pre 74 Turkish Title land occupied only around 10% of the surface area of the TRNC, so there are many areas of Northern Cyprus where there is NO former Pre 74 land available for developers of new luxury properties, particularly by the beach, as the pre 74 Turkish Cypriots were mainly farmers and did not wish to own sandy, infertile land.  Hence Turkish Title land is generally inland or mountainside rather than beachfront, although the lovely West coast bay properties in the Lefke region are an exception to this.  Beachfront former Pre-74 land is rare, and hence beachfront former Pre-74 villas even more rare!  Therefore to purchase a modern property close to new leisure facilities such as the 18 hole golf course, where there is actually little or no former Pre 74 Turkish land available,  it is essential to purchase one of the lovely new luxury golf properties built on TRNC (post 74) title land and owned by many investors and golf enthusiasts.

So should I choose Pre-74 Title Deed Property?

At NCI we believe that you should choose a property based on the reputation of the builders, the quality of the property, the legality of the TRNC paperwork and not necessarily whether it is Pre or Post 74 title land, however many Turkish Cypriots do prefer to purchase Pre 74 Title  or land for historical, sentimental and cultural reasons.

Generally a Turkish Cypriot person may prefer to buy properties in areas or villages which were traditionally Turkish villages with a lot of history and meaning for them.  Villages of this type are Gaziveren on the West coast, and the nearby charming Lefke area in particular which was very much a Turkish Cypriot stronghold, as well as the lovely village of Ozankoy near to Kyrenia (Girne).   Some  some British and other international investors also choose to buy Pre 74 title properties in order to expand their resale market to Turkish Cypriots, due to the local Cypriot preference for this type of land and property.   Please note, contrary to the widely held view, there is now no difference in the availability of bank mortgages to Turkish Cypriots now for the purchase of either type of property.  Capital growth, rental return and ease of obtaining developer loans is the same for both TRNC and Pre-74 Turkish Title properties.

Some people also hold perceived investment or political beliefs for choosing Pre 74 Turkish Title property in North Cyprus.    The Republic of Cyprus (and the international community) gives international recognition to Pre 74 Turkish Title Deeds which is important to some investors.    However, today it is generally understood that there is little investment or financial logic in choosing to purchase ONLY Pre 74 title deed

property, despite its continued popularity amongst Turkish Cypriots.  In any event, in 2015 it is increasingly difficult to know which properties were formerly Pre-74 – since the only way of knowing is to see an original copy of the Pre 74 Land Deed, which is not always available.    Any land compensation rightly due to former Pre 74 Greek Title owners, is paid by the Immovable Property Commission (or IPC) in North Nicosia (Lefkosa) which has been officially recognised by the European Courts of Justice as a fair compensation system and which has so far paid out tens of millions of pounds to former Greek landowners in the north – funded by Turkey.  This has massively increased investor confidence in ALL types of Title Deed in North Cyprus and it is known that in the event of Cyprus bi-zonal reunification, any compensation due to either country would be paid by governments and not individuals.

Therefore, we advise that the most important aspect for purchase security in Northern Cyprus is to ensure that the paperwork is in order and that the property developer is reputable and the building properly constructed.   This is something which we at North Cyprus International carry out on behalf of all of our clients prior to a purchase.  If you have any concerns about Title Deed issues, do feel free to call our experienced staff on +44 207 112 8086 or +90 548 861 0600 or contact a recommended North Cyprus Lawyer.  We will be happy to offer you our personal property finding service. Happy House Hunting! 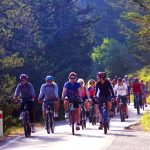 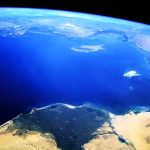