North Cyprus cost of living is one of the great attractions compared to other European destinations. Locally produced food (fruits and vegetables), property rental, property purchase, council tax, car rental and eating out are all far more affordable than other Mediterranean destinations. The local currency is the Turkish Lira, which is often weak against other international currencies.  This also contributes to the affordability of North Cyprus for those coming from overseas for holidays or property purchase.

Is Northern Cyprus cheap to live in?

If you are comparing North Cyprus with other countries such as south Cyprus, Spain or other eurozone countries, then the answer is that it is a much cheaper place to live in on average.

Is it cheap to buy property in North Cyprus?

It is the low cost of property in North Cyprus which attracts international buyers and investors from all over the world.  North Cyprus is known to be the most affordable Mediterranean destination for apartments and villas for sale – with prices are significantly lower than for the same type of property in the south of Cyprus.  Property prices are fixed mainly to the pound sterling, to protect from fluctuations from the Turkish Lira.  North Cyprus International (NCI) can guide you to the best property for your residential or holiday needs.

How does North Cyprus cost of living compare to South Cyprus?

At the time of writing, we estimate on average that the cost of living in Turkish North Cyprus (TRNC) is on average around 25% lower than in the south of Cyprus (Republic of Cyprus) where the Euro has tended to push up prices.

Does the Turkish Lira exchange rate affect the prices in North Cyprus?

The official currency in North Cyprus is the Turkish Lira – and at the time of writing, the Lira is weak against the pound sterling, the Euro and other international currencies.  During a during a period of Lira weakness, local items which are priced in Lira (locally produced food etc) are particularly affordable for those who have exchanged money from other currencies.   Pound and Euro notes are accepted in all shops and restaurants.

Is it expensive to eat out in restaurants in North Cyprus?

A meal out in a local North Cyprus restaurant or cafe is wonderfully affordable compared to many other Mediterranean locations.   There are of course more expensive, high-end restaurants where prices compare to Europe/UK, particularly in downtown Kyrenia or in the 5 star hotels.  However, many ex pats treasure the local eateries offering the traditional Cypriot menus (fish, kebab, salads, meze, humous etc) and where prices for eating out can compare with the cost of buying the same food in the local supermarket!  Eating out is certainly far cheaper than in south Cyprus.

Is there council tax on North Cyprus property?

There is a local council tax called the Belediye Tax.  This is paid to the local council.  However, this is a fraction of the price compared to a country such as the UK – being far less than £100 per year (exact price is affected by the Lira exchange rate).

What does electricity cost in North Cyprus?

Electricity costs are similar to those in the UK per unit but slightly more expensive than south Cyprus.  The average electricity bill at the time of writing would be around 700TL per month or around £35-50 per month for a two-bedroom property.    However, electricity costs depend on the time of year.  Air conditioning in the summer months and electric heating in the cooler winter months are the most expensive items.  In spring and autumn (when many people visit), your electricity bills can be very low, and most hot water from May to October is free of charge due to the solar hot water panels which are fitted to all properties.

Is it expensive to buy a car in North Cyprus?

The purchase of a car is the one item which costs more than in the average European country/UK and certainly more than south Cyprus.  The reason for this is that all cars are imported via Turkey and the import taxes put up the costs.  However, hiring a car can be very affordable, and there are car hire discounts in the off season periods and for rentals of a month or more.

What is the minimum wage in North Cyprus?

At the time of writing, the minimum wage per month for workers is £500 per month (£6,000 per year) and this is considered a figure on which an individual can live (usually excluding rent or mortgage).  However, monthly expenditure depends upon lifestyle and housing costs.  Most ex pats coming to North Cyprus to live would need a higher figure than this to include more leisure activities, eating out etc of between £700 – £1,000 per month.

Prices quoted are estimates only and considered accurate at the time of writing.  For updated information on relocation or property purchase in North Cyprus, please contact North Cyprus International (NCI) in the UK or Cyprus on +44 207 112 8086 or +90 548 861 0600. 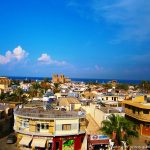