With its three marinas, North Cyprus is well and truly “on the map” as an international yachting and marina destination.  This month of June, the North Cyprus Marinas and the yachting press will be buzzing with excitement as a large fleet of around 80 yachts making up the Eastern Mediterranean Yacht Rally will sail into Kyrenia (Girne) harbour in early June, and then on to the brand new Karpaz Gate Marina in the east of the island on June 10th where there will be a large welcoming ceremony. 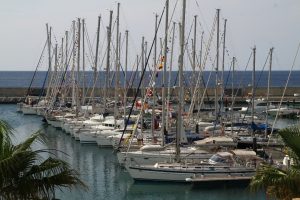 It is a little-known fact generally that since 1990, yachts from all over the world have arrived into the North Cyprus Marinas in Girne as part of the Eastern Mediterranean Rally from Turkey via North Cyprus to Israel and Egypt which lasts around two months. Beginning with a small fleet of 17 boats 25 years ago, the rally now has a cruising fleet of over 100 yachts.  Having set off from Istanbul at the end of April the fleet sails southwest along the south coast of Turkey to Alanya and on to North Cyprus.   Leaving Kyrenia/Girne the rally fleet will sail to Karpaz Gate Marina in the east of the island and then on to Famagusta.  Leaving Cyprus on 15th June the fleet travels to Israel, Port Said in Egypt and finally Herzliya Marina in Israel as the last port. 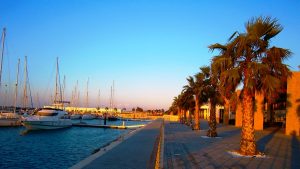 The arrival of this important international yachting event highlights the high standard of marinas now available in North Cyprus, making the TRNC a really viable choice for property investors seeking a Mediterranean overseas property close to a yacht berth.  There are three main marinas in North Cyprus:  the historic original Kyrenia/Girne port and harbour, the new harbour Delta Marina on the east of the town and the brand new Karpaz Gate Marina an hour or so to the east on the Karpaz Peninsula. 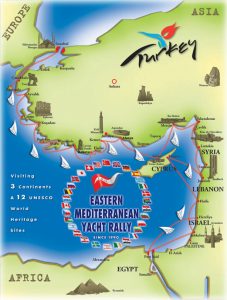 The Karpaz Gate Marina is the newest in North Cyprus and has 300 berths and state of the art facilities.  These include supermarket, ATM, high-class restaurant, beach-club, fitness centre, swimming pool, concierge service, dry dock, laundry and much more.  There is also talk of a new marina to be built in the Bahceli area between Kyrenia (Girne) and the Karpaz which would also compete with the Karpaz Gate Marina in terms of facilities and number of berths.   Bahceli is a favourite area for property investors in North Cyprus, being close to the Korineum Golf Club and certainly the arrival of a new marina there would massively increase the value of properties going east of Kyrenia.

The Kyrenia harbour marina is often called the “Jewel of the Mediterranean”.  The Turkish name “Girne” literally means “way in” and this was certainly the main way into Cyprus in times gone by.  With its thousand-year-old castle standing sentinel overlooking the harbour, for hundreds of years, it was also the way out for Cyprus’ main export Carob.  Although now frequented annually by tens of thousands of tourists, it has retained much of its bygone charm.   With its charming cobbled streets, boutique hotels, craft shops and floating cafes, the former carob storehouses have now become lovely restaurants and tourists can spend hours exploring the backstreets.  There are many traditional sailing boats in the harbour as well as more modern yachts & motor cruisers and visitors to North Cyprus can book boat trips too from the Kyrenia Harbour. 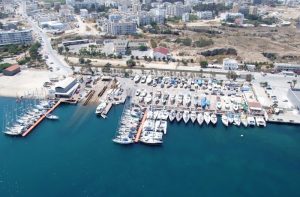 The second harbour of Kyrenia is the modern New Harbour on the east of Girne which is primarily a large shipping port with customs and free zone trade area but has a charming marina section with café called the Delta Marina.   This harbour is also the departure and arrival port for tourists and visitors arriving into North Cyprus by car and passenger ferry from Alanya and Mersin in Turkey to North Cyprus.  Much easier to park in than the ancient Kyrenia harbour, many local residents enjoy a lunch in the Mediterranean breeze in the Delta Café, overlooking the Mediterranean and watching the boats come in.   If you go in June you may be lucky to see some of the Yachts arrive from the Yacht Rally!

North Cyprus Marinas information: For more details about the Karpaz Gate Marina Sailing Season Celebration events in June, or about berths at the Marina, visit www.karpazbay.com.  For details of the North Cyprus Delta Marina in Kyrenia (Girne), visit http://www.delta-marina.com/.  If you would like to purchase a property near to a marina, please contact our North Cyprus International property advisors on +44 207 112 8086 or +90 548 861 0600.

North Cyprus Universities – A boom in world-class education for students from the Middle East, Europe & beyond 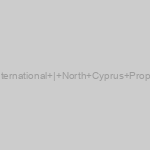 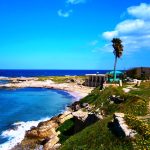